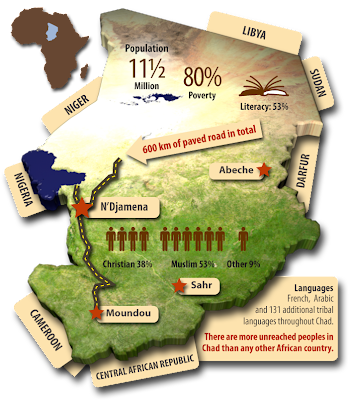 Let me introduce you to the country of Chad in central Africa. A fascinating country and yet its troubles have largely gone unnoticed by western media. News headlines around the world seem reserved for Chad’s neighbors while crisis, war and famine over the years have ravaged the country and the people.

Generally Chad is divided into North and South, sandy desert and thick bush, between Chadians of Arab and African descent. While there are followers of Islam and Christianity recent encouraging efforts by both sides have fostered better understanding between the two groups.

Working in Chad has its hardships – average high temperatures are a stifling 40°C in the capital city, power outages are normal, water is scarce and dust is commonplace. 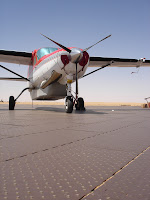 MAF supports the work of the local church in Southern Chad while in the North and East we work with remote groups in the areas of language, development and medical care.