This post is for all of Kaitlyn and Lily's cousins and friends. Kaitlyn and Lily have been going on many bug and creature photo hunts since we've been in Uganda. Most of these were found around the outside of our house. (click for larger images) 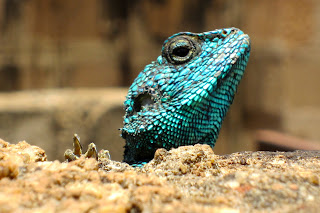 Blue headed lizard This guy is very shy. We've only seen him a few times. He likes to hang out on the brick wall in the sun. He is about 8 inches long and looks like a little dinosaur. Here he was giving my camera a pose while nervously tapping his claw on the wall. 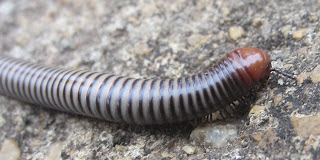 Chongololo These millipedes are very gentle but have a hard outer shell. Their legs move in a wave-like pattern when they walk. In Zambia they are called Chongololos and they would sometimes be as think as your finger and 8 inches long. 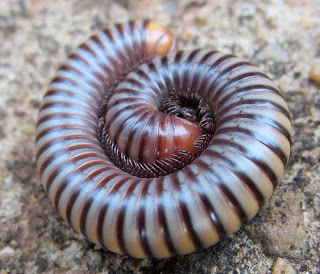 If you bother them too much they roll up to protect themselves from danger.

Common Centipede These are everywhere. You can't help stepping on them when you walk out the door. They are a little scary to look at but you soon don't even notice them. 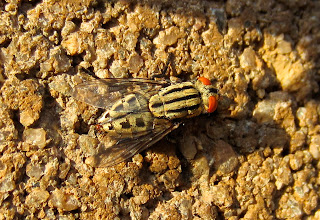 Red-Eyed Fly According to some websites this is a Flesh Fly because they like rotting meat or dead animals. The girls liked the stripes and dots on his back. 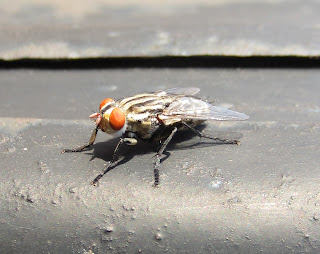 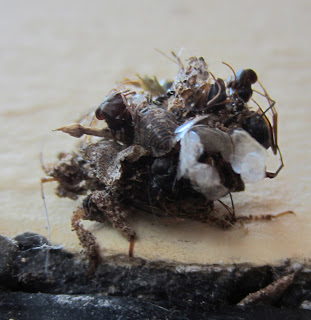 Assassin Bug After a little reading I found out that this guy uses the dead bodies of his victims as his armour. They just walk around looking like a ball of dead bugs. 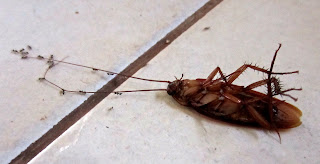 Cockroach & ants One morning we woke up and found that a victorious band of ants had captured a very alive cockroach. He was slowly being dragged, while twitching, by his antennae, across the kitchen floor. The ants were showing very good organization to work as a team and pull both feelers in the same direction. 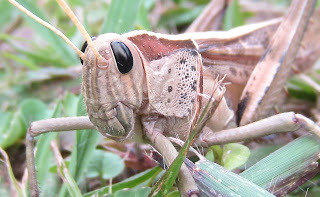 Big Locust This locust seemed lost in our yard. Just sort of sitting around. He had an amazing lace pattern on his armor by his shoulder. And his legs were barbed by huge spikes. Ouch! 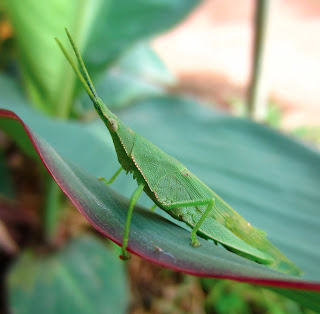 Green Leaf Grasshopper This grasshopper was hard to see until he jumped and flew away. Zoom in to see his skin and shell which look like a leaves covered in dew drops. 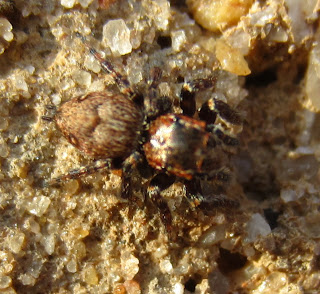 Spider on the wall This little spider is smaller than a pencil eraser. He is even harder to spot because he blends in so well with the rock wall. 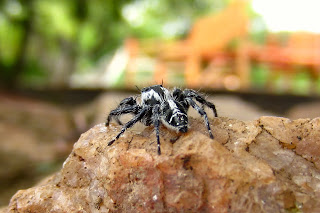 Jumping Zebra Spider That may or may not be the real name of this spider but it fits well. He liked jumping and on the first shot he jumped right onto the lens of the camera which was about 5 inches away from him. He's only about the size of your little fingernail. 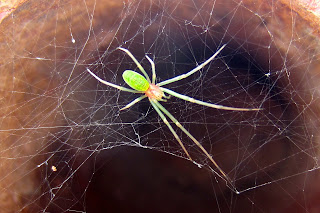 Park SpiderThis spider was hiding in the end of the swingset at a local park. He was very small, beautiful but probably deadly (well maybe not deadly, but who knows). 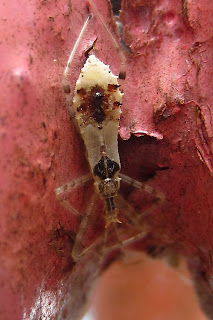 Here's another cool spider that was hiding under the bar of the swingset. 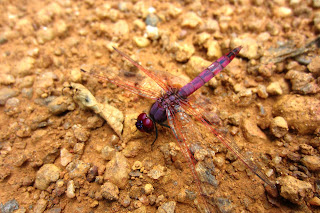 Purple Dragon Fly These are so hard to get a picture of. They move so fast, hardly stay still and if you do find one stopped, he'll be gone if you get within 2 feet of him. So it was fortunate when this one dropped out of the sky in front of us. He rested for a few minutes and then took off again. Just needed a time out. 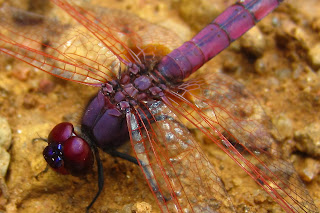 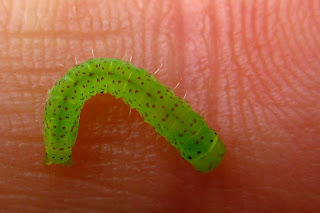 Green Silk Worm This guy rappelled down in front of us as we were walking. He is Lily's favourite bug so far. She spent a long time letting him crawl up and down her arms. 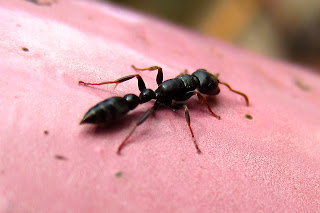 Can't trust this ant This is just an ant but he has a long pointy back end which usually means that he can give you a painful sting. Maybe not but it's not worth finding out. In Kenya there are red and black insects that look abit like this and if you even touch them you'll get blisters that look like poison ivy. 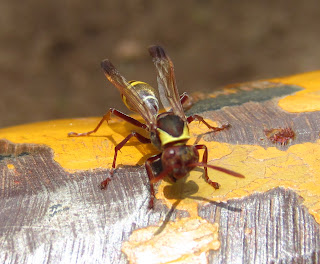 Wasps All over the world wasps look similar, and they all strike a similar fear in the hearts of those come close to them. These guys had a nest in the metal bars of the see-saw at the park. 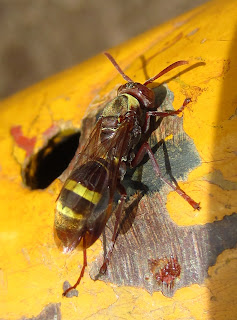 Another wasp on the see-saw.
Posted by Phil and Merilee Henderson at 12:14 PM